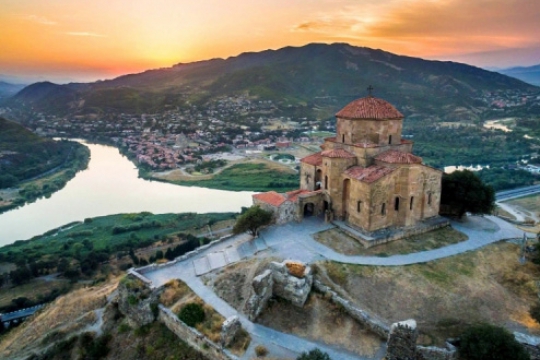 Mtskheta day trip offers you to escape the city and visit the oldest city of Georgia within just few hours. During the tour, you can enjoy panoramic aerial views of mountains around Jvari Monastery, observe the confluence of Aragvi and Mtkvari rivers, or have a time trip back to early centuries in the area of Svetitskhoveli cathedral and Samtavro church, at the end of the tour you will taste Georgian wine.

Excursion is accompanied with guide in English and Russian, and provides best value for families, friends, couples and solo travellers.

Tickets can be booked online with promotions - here or at our office (Meidan sq.)

We wish you a pleasant stay in Tbilisi. Thank you and enjoy your trip!