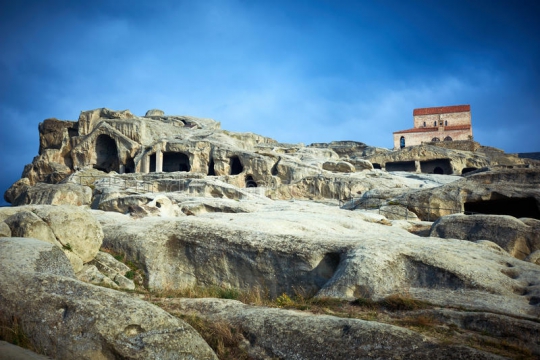 On our tour to Gori-Uplistsikhe you will have an opportunity to visit several sites from different times of Georgian history, such as Uplistsikhe cave town, Joseph Stalin’s home museum and Gori fortress.

Excursion is accompanied with live guide in English and Russian, and provides best value for families, friends, couples and solo travellers.

Tickets can be booked online with promotions - here or at our office (Meidan sq.)