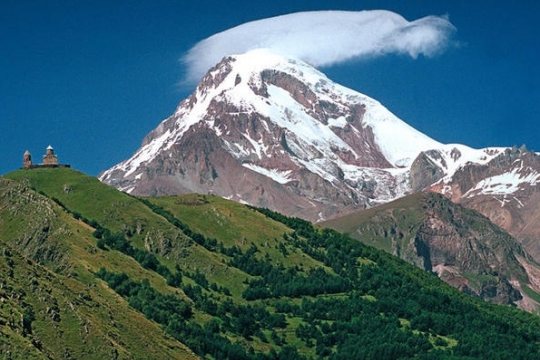 On our tour to Ananuri-Kazbegi mountains you will have an exciting drive, heading north along the Georgian Military Highway into the high Caucasus Mountains. This is the main road running for 220 km from Tbilisi to Vladikavkaz in Russia, a spectacular highway that winds its way through sheer mountains. This route actually dates back to 1st century BC and is still important as the only link connecting to Russia through Caucasus Mountains.

Excursion is accompanied with live guide in English and Russian, and provides best value for families, friends, couples and solo travellers.

From 10 December 2018  ascent to the Gergeti Trinity Church will not be carried out! Tour changes are seasonal!

* The tour will include: The Zhinvali Dam - Ananuri - Gudauri  - Georgian Military Road - Monument or Treaty of Georgievsk Monument

Tour price does not include:

- Rise to Gergeti Temple in a jeep

Tickets can be booked online with promotions - here or at our Office (Meidan sq.)